Rep. Trey Gowdy, R-S.C. voiced his doubts that the FBI wiretapped Trump Tower in 2016, but said if it happened, the Trump administration will have the proof.

“I don’t think the FBI is the Obama team and I don’t think the men and women who are career prosecutors at DOJ belong to any team other than a blindfolded woman holding a pair of scales,” Gowdy said.

Gowdy said that protocols that are in place ensure that surveillance powers are not misused.

Gowdy said it was “hard to cross-examine tweets” but that an investigation is necessary due to the public, and serious, nature of the charge Trump leveled.

“I need witnesses, I need documents,” he said.

Gowdy said that if the surveillance was done, there are only two routes. American citizens can either be wiretapped as part of a criminal inquiry, or an intelligence inquiry under the Foreign Intelligence Surveillance Act (FISA).

“There is no other way for it lawfully to be done,” he said. “The good news about both of those … is there’s a paper trail. There’s an application. There are warrants — all of which can be reviewed.”

“There is no special prosecutor statute. There is no independent counsel statute. There’s a regulation that allows for the appointment of special counsel if the Department of Justice has a conflict and if all 92 U.S. attorneys have a conflict. Until that evidentiary burden has been satisfied, I don’t know why Republicans or Democrats are talking about special counsel,” he said.

“It’s too early. Special counsel only applies to a criminal investigation,” he said, also adding that the FBI would be the agency to investigate a potential crime. 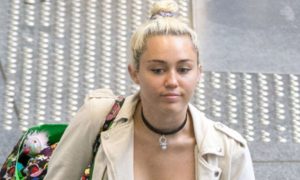 Limbaugh Issues Warning About What Obama is REALLY Doing. Warn Your Friends.